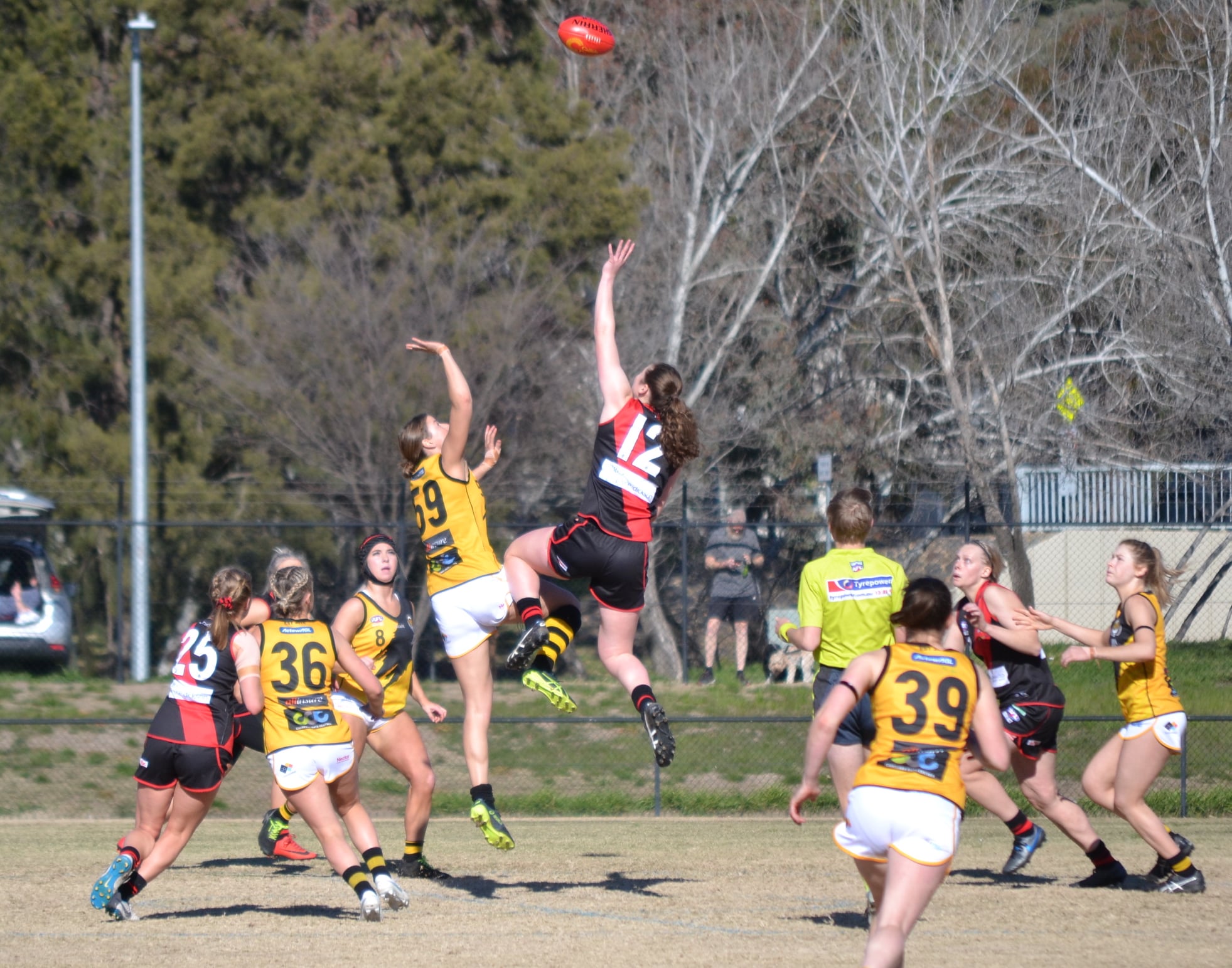 As we head into the pointy end of the 2020 AFL Canberra 1st Grade Mens & UNSW Canberra Womens competitions let’s preview the weekends matches.

Don’t forget this Saturday from 1:10pm we’re live on Facebook for the big games between Ainslie & Eastlake from Alan Ray Oval

In an important game, Ainslie Tricolours host Eastlake Demons at Alan Ray Oval this Saturday at 4:05pm. This game is crucial for Ainslie as it may determine if they finish in the top four or fall short and miss out on finals.

The last time these teams met was in round three when Eastlake won, 5.10.40 to 1.3.9, keeping Ainslie to one goal. Eastlake started fast in round three, having a total of seven scoring shots but only being able to score two goals. With only three weeks lefts until finals Eastlake will need to be more accurate on goal while Ainslie will need to shut down Eastlakes key players.

K. Demant has been a stand out player all year and heading into finals she is in excellent form and a key player that Ainslie will need to watch out for.

Georgia Clayden is a player from Ainslie that Eastlake will need to shut down to ensure she doesn’t have an impact in the game.

Belconnen Magpies will look to gain the top place on the AFL Women’s Competition this Saturday at 4:30pm when they verse Tuggeranong Valley at home, Adero Law Nest.

Magpies sit second on the ladder with only one lost next to their name, hunting for that top spot before finals. Tuggeranong Valley sits in fourth place with only three weeks left before the finals, and with one more win could potentially see them playing finals football.

Round three is a game Tuggeranong Valley will want to forget coming into this week, as Magpies destroyed Tuggeranong, keeping them scoreless winning, 26.12.168 to 0.0.0. Magpies will use the same game plan this week, targeting the same areas and players again which saw them get the win against Tuggeranong in round 3.

Tuggeranong will need to watch out for Hannah Wallett and Jacqueline Spence to give them the best chance of winning. Kahli Abbott will need to perform at her highest this week for Tuggeranong as she is a key player with the power to impact the game.

This Saturday at 4:30 pm Gungahlin Jets will host Queanbeyan Tigers in their last home game for the year at Gungahlin Enclosed Oval.

Tigers are the only team that remain undefeated with five straight wins, looking to make it six this week, sitting in the first place. Jets sit in 6th place without a win yet and won’t go down without a fight.

Round three is also a game Jets want to forget as Tigers dominated the Jets winning 30.19.199 to 0.0.0 with a total of 49 scoring shots. The Jets will need to put this game aside and shut down Tigers key players.

Ruby Grounds and Carly Res are two players Jets will watch out for and ensure they have zero impact on the game.

This Saturday Ainslie will fight to stay in the top four, with one loss potentially resulting in Tuggeranong Valley knocking them out of the top four. Ainslie will play top of the ladder, Eastlake Demons at 1:10 pm at Alan Ray Oval.

Ainslie and Tuggeranong both sit on two wins and four losses, but with better percentage hold the higher ladder position. If Ainslie lose and Tuggeranong win Ainslie would drop to fifth position with only two more games left to play in the season. Falling out of the top four this close to finals is something no team wants.

During round three Eastlake almost doubled Ainslie’s score winning, 17.9.111 to 10.3.63. A key player in that game was Angus Baker, who has continued this good form kicking multiple goals each week coming into this game. Players that need to stand up for Ainslie are Hayden Armstrong and Jonty Revet, these players have the potential to change the game.

In one the biggest games of the year Belconnen Magpies will host Tuggeranong Valley at Adero Law nest at 1:35 pm this Saturday. This game is crucial for both teams as it could place Magpies back on top of the competition or Tuggeranong could sneak into the top fourth with a win, both teams have a lot to play for.

Magpies sit second on the ladder after leading the competition until two weeks ago will be looking to regain their place only weeks before finals. Tuggeranong has shown positive signs all year of a new and improved team, although they sit fifth that doesn’t represent their efforts.

Key players for Tuggeranong are Luke Andreatta and Ryan Kennedy who both need to stand up and lead by example to beat the Magpies.

Gungahlin Jets will look to impress their home ground fans in their last home game this Saturday at 1:35pm at Gungahlin Enclosed Oval. Jets will verse the Queanbeyan Tigers who sit third, only one win off the top spot while the Jets hold 6th place.

The last time these two teams met was in round three when Tigers had 39 scoring shots to win 27.12.174 to 2.5.17. This is a game Jets want to forget and move forward from after showing positive signs last week against Tuggeranong Valley.

Jets need to be physical against the Tigers and it all starts with Zachary Sheather in the rack along with Matthew Hambleton using his speed and talent to get his hands on the ball. Tigers will look to utilise Andrew Swan and Jordan Ludica to take control of the game. 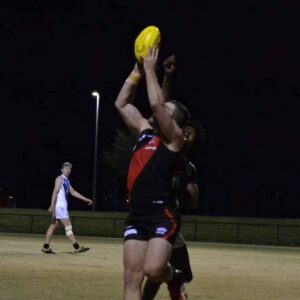 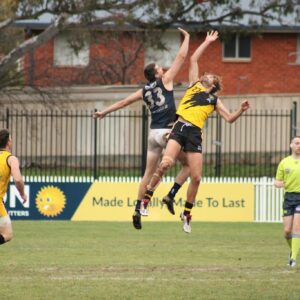 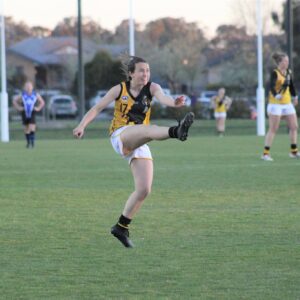