The Queanbeyan Tigers First Grade Men have continued their fine form from this year as they were crowned the minor premiers of the 2022 AFL Canberra First Grade Men season after a 71-point win over the Eastlake Demons last weekend.

The reigning premiers have had an exceptional year again with a league high 13 wins from 14 games, with their only loss coming from fellow premiership contenders in the Belconnen Magpies by a 4-point margin.

Tigers Coach Adrian Pavese expressed how proud he is of his squad, explaining the advantage of finishing the season in top spot.

“It certainly means a lot finishing on top… Kade (Klemke) and I are super proud of the lads.

“The fact that we get to have a crack at making the Grand Final at home is certainly an advantage… any advantage you can get going into finals you want to take.”

Pavese went onto explain the minor premiership is not the end goal of any team’s season, and with finals just around the corner the Tigers will be looking to build on their season as there is still a strong desire to win within the group as they prepare to defend their title as the reigning premiers.

“The minor premiership was never really a goal, and it never really is. It’s a process… the goal is to qualify for finals, then to finish top two to get the double chance… finishing top is just a bonus, the premiership is the ultimate goal.

“We may have had a good three year run at this stage but with COVID taking away last year, it has certainly kept the fire in the belly.”

The Tigers will look to continue their winning ways heading into the finals in the last round of the year this Saturday at 12:00pm, as they take on the third placed Ainslie Tricolours at Aulich Park.

Can’t make it to the game? Watch all the AFL Canberra First Grade action live at: https://cluch.tv/afl-sports/afl-canberra/ 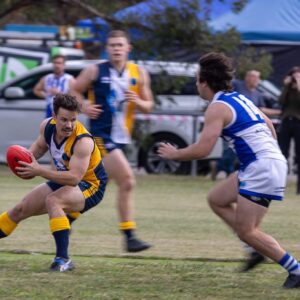 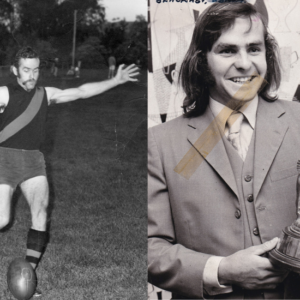