Peter ‘Yoey’ Ashcroft is set to take the all-time Tuggeranong club record of 396 senior games on Saturday 18 June. He will be taking this title from the current record holder and his great mate Gerrit ‘Chief’ Wanganeen. Peter currently plays in Tuggeranong’s Second Grade Men’s team and is quickly approaching a 400 game milestone.

Peter made his debut in senior footy in 1996 with his First Grade debut in 2004. He has played 130 First Grade games, 188 Second Grade games, 76 Community Grade games and 1 Rising Stars game. In 2004 he captained the then ‘Tuggeranong Hawks’ in 2014 during the transition from NEAFL and led his First Grade team to the finals for the first time in many years. Whilst Peter was playing he also went on to become the First Grade coach of Tuggeranong for the 2018 and 2019 seasons. In 2020 and 2021 he coached the U17s, assisting in Rising Stars and took on the role as an Auskick Rookies coach.

Now in 2022, Peter is coaching the Rising Stars and Auskick Pro’s. He also has four of his children currently playing footy at the club across seniors and juniors. Peter has always been very generous and committed in giving his time to the Football Club, both on and off the field as a player, leader, coach, and committee member. 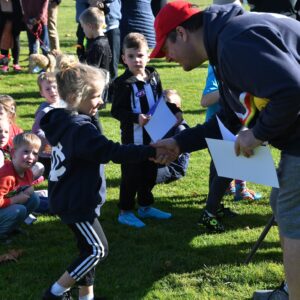 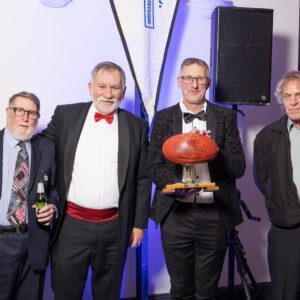 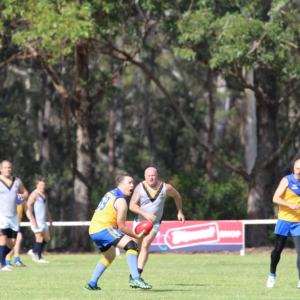 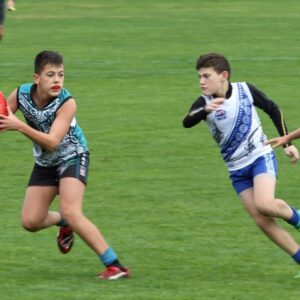