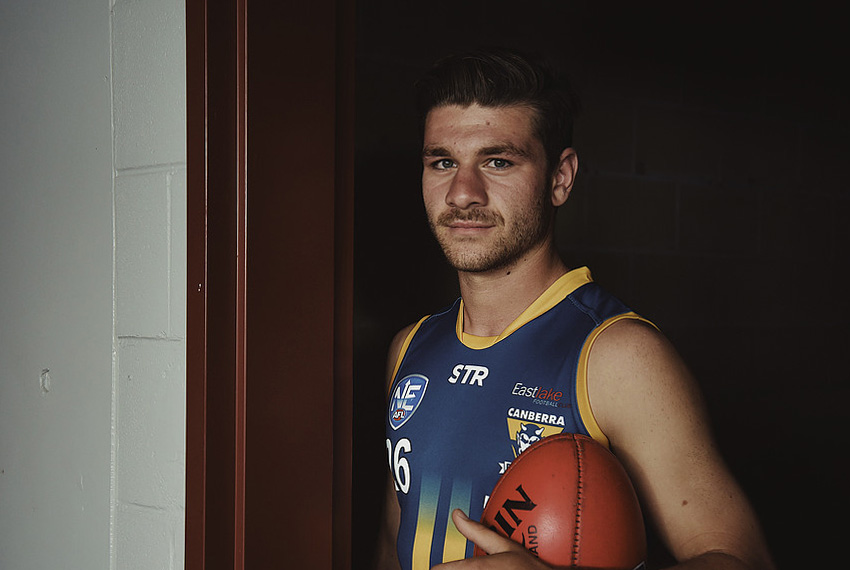 After tearing his ACL midway through 2020, Nick Eynaud was able to find somewhat of a silver lining.

Not only was he able to perfect his call of Chautauqua’s win in the 2015 Manikato Stakes with housemate Mitch Maguire, he was able to immerse himself in the Canberra community and the Belconnen Magpies Football Club.

Eynaud has found a home at ‘the nest’ and will coach the Belconnen Magpies Rising Stars Squad in 2021 as he continues to recover from the ACL injury he suffered last year.

Originally from Sydney, Eynaud moved to Canberra and played a handful of games for the Canberra Demons in a “tough but enjoyable” 2019 NEAFL season.

A product of the Sydney Swans Academy, Eynaud was asked to return to the Canberra Demons for another year and was raring to go until the 2020 NEAFL season was abandoned.

Eynaud said it all happened pretty quickly, with the surrounding bushfires initially stopping training before the pandemic ended the season all together.

“We weren’t sure what the season was going to look like and then got told it was completely cancelled,” he said.

With the 2020 NEAFL season cancelled, the majority of Canberra Demons players dispersed themselves throughout the AFL Canberra competition and Eynaud opted for Belconnen.

“It was good to have a year of footy where you train twice a week and just enjoy it,” Eynaud said.

“I wanted to go to a club that worked hard but still enjoyed things off the field.”

The midfielder was putting together a solid season with the Magpies before tearing his ACL and MCL at the first contest in a game against Tuggeranong.

“It was disappointing because it felt like it was a game I shouldn’t have been playing in.”

You can’t blame him, Eynaud probably didn’t expect to be playing for the Magpies when he relocated to Canberra 18-months earlier.

Determined to still be involved without the ability to play, Eynaud was asked to be an assistant coach with Belconnen’s senior group in 2021 but chose to coach the under 18’s instead.

The now 22 year old said there’s lots of talent coming through the club.

“There’s probably four or five kids that could potentially play first grade this year,” he said.

Currently studying to become a teacher, Eynaud will impart his wisdom on the group having already worked with both the Sydney Swans and GIANTS junior development programs.

Aside from coaching, Eynaud is nearly 6 months post-surgery and will look to play at the back end of the 2021 AFL Canberra season as Belconnen look to improve on last year’s preliminary final loss to Eastlake.