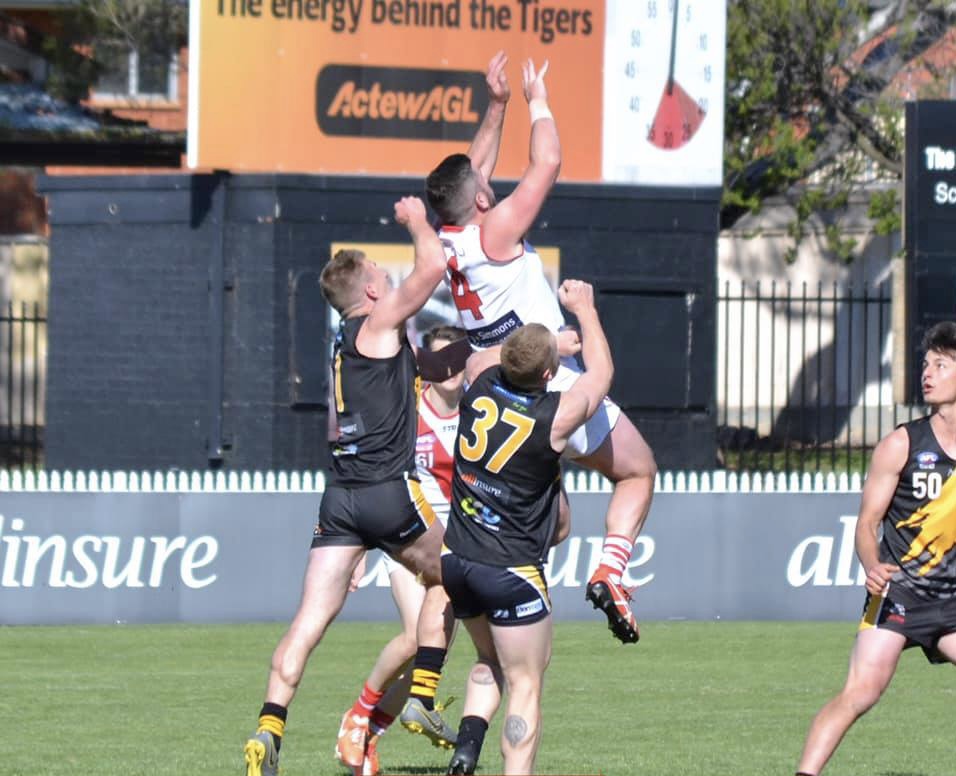 The Queanbeyan Tigers keeps their undefeated streak alive, beating Belconnen Magpies 8.12.60 to 1.1.7 in the first semi-final.

The Tigers advance straight to the grand final and will have a week off as they await their opponent to be decided. Belconnen Magpies will play Eastlake Demons in the second week of semi-finals to play for a spot in the grade final.

The Tigers were able to keep the Magpies goalless until the fourth quarter, dominating the game from whistle to whistle. The Tigers had 6 scoring shots in the first quarter to lead 3.3.21 to 0.1.1 at the first break. The Tigers continued to add pressure in the second quarter scoring another three goals to take a 40-point lead at half time, 6.5.41 to 0.1.1. The Magpies were able to keep the Tigers goalless during the third quarter, however, it wasn’t enough as the Tigers came out and kicked two goals in the last quarter to finish the game.

Campbell lead the way for the Tigers scoring two goals with E. Squire, C. Hamilton, K. McGrath, J. Stramandinoli, A. Hamilton, and K. Reid all scoring one. The players that stood up for the Tigers and took control were E. Ashley-Cooper, A. Jakim, C. Hamilton, E. Ross, T. Campbell, and C. Res which are players to watch out for in the grand final.

Zouch was the only player able to score a goal for the Magpies. E. Zouch has performed at a high level all season along with A. Allen, K. Bailey, M. Gorham, S. Krushka, M. Dwyer, and N. Mckay who will need to step up in the second week of semi-finals to avoid elimination.

In the second semi-final match, Eastlake Demons came up with the win after defeating Ainslie Tricolours. Eastlake dominated the scoreboard winning, 10.15.75 to 2.2.14.

Ainslie was held goalless until the last quarter when they were able to kick two goals. Eastlake started strong kicking three goals but their best quarter was the second when they kicked five goals. Ainslie slowed Eastlake down after half time as Eastlake only kicked one goal in the third and fourth quarter.

Demant showed why she is the leading goal scorer this season, kicking six goals for the game. Ainslie had a hard time finding the right match up against Demant as she showed here dominance in the forward line. M. McLaughlin, D. Distefano, C. Welsh, and Z. Langtry all played their part for Eastlake kicking one goal each.

Moving into next week’s game against Belconnen Magpies K. Demant, J. Allan, C. Brown, M. McLaughlin, Z. Langtry, and C. Welsh will have to stand up and perform well to get Eastlake into the grand final.

The Eastlake Demons advance straight to the grand final after beating Queanbeyan Tigers 9.10.64 to 5.8.38. Eastlake will have this week off as they wait for their opponent to be decided this weekend.

The Tigers will verse Belconnen Magpies and fight for a spot in the grand final to redeem themselves. The Tigers got out to a quick start and lead after the first quarter, 2.3.15 to 1.2.8. Eastlake came out strong in the second quarter and kicked three goals to take a 3-point lead at half time, 4.3.27 to 4.6.30. The game continued to be close during the third as Eastlake only had a 9-point lead at the third-quarter break, the real damage was done in the last quarter. Eastlake came out with a new energy, determined to finish the game as winners. Eastlake kept the Tigers goalless as they controlled the game and kicked three goals to win 9.10.64 to 5.8.38.

Flaherty kicked three goals for Eastlake with J. Hancock right behind him with two goals. C. O”Rourke, A. Bruce, A. Smout, and S. Darcy all played their role kicking one goal to help get their team through to the grand final.

Grant, R. Pollock, A. Swan, Z. Derksen, and K. Evans all kicked one goal each and will have to stand up against Belconnen Magpies to get themselves into the grade final.

Belconnen Magpies defeated Ainslie Tricolours 21.11.137 to 9.6.60 to keep their hopes alive of winning the 2020 premiership.

Ainslie streak of four premierships in a row comes to an end as they are knocked out after a strong game. Ainslie started fast getting themselves into the lead after the first quarter 3.3.21 to 1.1.7. In the second quarter, the Magpies hit back hard winning the midfield battle putting the scoreboard pressure on Ainslie. The Magpies kicked eight goals to Ainslie’s four. The Magpies lead by 14-points at half time and continued to dominate kicking four goals in the third quarter while Ainslie only managed to score one. Finishing the game strong in the last quarter the Magpies kicked another eight goals to put the nail in the coffin.

Glyde lead the way for the Magpies kicking seven goals while A. Bennett kicked six goals to get their team through to the next round. J. Bennett, S. Quirk, S. Glyde, M. Monaghan, A. Bennett, and L. Haddrill are players to watch out for next week as they all have the power to control the game.

Delves continued to show his skill in the forward line kicking three goals for Ainslie, however, it wasn’t enough to get his team the win. S. Camp, T. Powell, H. Delves, H. Richardson, and J. Powell all performed at a high level for Ainslie and will be quality players to watch out for next season as they continue to grow and improve. 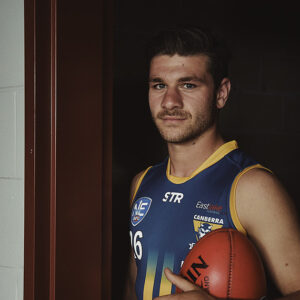 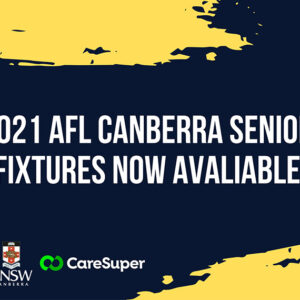 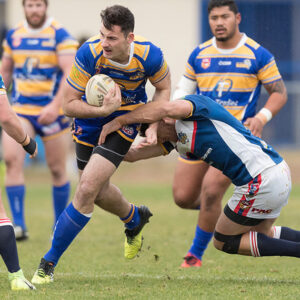 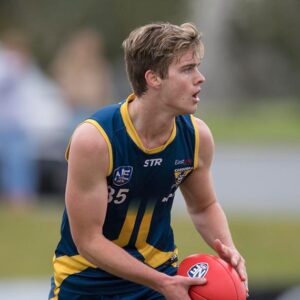