The GIANTS’ have named two returning players for their clash against the Gold Coast SUNS on Saturday, with Bec Privitelli and Britt Tully set to pull on the charcoal and orange for the first time since 2018, while Annalyse Lister will make her AFLW debut.

Canberra’s Britt Tully will make her AFLW return after a year long hiatus, with the inside midfielder to play her first game since Round Seven 2018.

The GIANTS’ season opener opponents, the Gold Coast Suns, have also named their inaugural AFLW side to take the field at Blacktown International Sportspark this weekend.

Canberra’s Lexi Hamilton will make her AFLW debut alongside fellow Queanbeyan Tiger Hannah Dunn, who will play her first AFLW game since playing her first game for the GIANTS in 2017.

Hamilton was drafted to the Suns with pick 38 in the 2019 NAB AFLW Draft. Originating from Canberra, she plays alongside fellow 2019 draftee Dunn at the Queanbeyan Tigers.

Hamilton represented NSW/ACT in the 2018 NAB AFLW National Championships where she won All Australian honours.

Dunn was taken with Gold Coast’s second selection in the 2019 NAB AFLW Draft at pick 22 overall.

Originally from Canberra, Dunn began her football career in 2010 and became the first woman to reach 100 games for the Tigers in 2016.

Dunn was selected as a train-on player in Greater Western Sydney’s first AFLW season, playing in the club’s inaugural match before being delisted at the end of the season.

The Adelaide Crows are set to blood four AFLW debutants in their season opener against Brisbane on Saturday, including another Canberra product in Najwa Allen.

Allen, formerly of Eastlake, is a hard-running utility and was Adelaide’s second pick in the 2019 draft after taking out the 2019 SANFLW best and fairest award in her debut season. 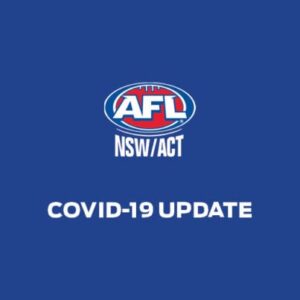