AFLW Draft preview: All you need to know

THERE will be nearly 70 new players on AFL Women’s team lists at the conclusion of Tuesday’s NAB AFL Women’s Draft, held at Marvel Stadium in Melbourne.

Below is your one-stop shop draft preview, featuring information about the draft, what type of player your club may target and who some of the best young talent are.

The draft will be live streamed from 11.45am.

1. There will be 10 AFLW clubs in 2019, with Geelong and North Melbourne joining Adelaide, Brisbane, Carlton, Collingwood, Fremantle, Greater, Melbourne and the Western Bulldogs.

3. Due to the part-time nature of the competition, players have to nominate the state or region where they wish to be drafted.

4. The Northern Territory is aligned with the Adelaide Crows and Tasmania is aligned with North Melbourne, while Victoria is divided into three draft categories: Victoria (all six clubs), Melbourne metro (the five city-based clubs) and Geelong.

5. Clubs have the option of passing on their final pick if they wish to sign an undrafted player from another state as a free agent. Victorian Sarah Perkins was signed by Adelaide under this rule in 2016.

6. The draft order was decided using the reverse order of the 2018 ladder, with changes made after trades and additional picks granted to new club Geelong, which was deemed to have fewer players with AFLW experience after its initial list build.

7. There are 70 picks spread over nine rounds. Three have already been used, with Carlton selecting Abbie McKay as a father-daughter signing (her dad Andrew played for the club), and Collingwood using picks 29 and 70 on Sophie Alexander and Erica Fowler respectively as compensation picks granted by the AFL for an injury to Chloe Molloy and loss of players to other clubs.

WHAT PICK YOUR CLUB HAS AND WHAT THEY NEED:

SOME NAMES TO LOOK FOR

In the lead-up to Tuesday’s draft, AFL.com.au has profiled some of the top prospects.

There are 12 stories in all, featuring 13 players. Missed one? Check out our guide below, with links to the articles.

The contested midfielder has a ‘don’t argue’ to rival her hero, Dustin Martin, but will be moving away from the family farm to join Greater Western Sydney.

Chloe and Libby Haines, Tasmania (North Melbourne draft pool)
Versatile twins who only started playing two years ago. Most recently, Libby has played in defence with Chloe up the other end of the ground.

Baird is a highly talented and composed intercept defender from the Top End.

Over the past few years we’ve seen an influx of players from other sports, including basketball, netball, soccer and touch rugby, but competitive skipping? That’s a new one.

A speedy winger, Woods is a relatively recent convert to football from basketball and has grown more assured of herself as the year has progressed.

Gore, a hard-bodied midfielder, is a powerful runner and a strong clearing kick, who started distance education in year 10 to help work around her footy commitments.

Dowrick is incredibly versatile, her reading of the ball and sure hands see her suited to nearly every position on the ground. Also one of the best kicks of the under-18 crop.

AFLW talent manager Aasta O’Connor, who runs the AFLW Academy, is a huge rap for Hanks, believing the highly competitive midfielder could be a future captain.

The ultra-talented forward is the niece of Michael Long and the first cousin of Cyril Rioli, and could be the next member of one of football’s greatest dynasties to play the game at the top level.

Duffy’s an unusual character. In the words of her West Australian coach Trent Cooper, the state captain has got an unorthodox running style but she’s full of heart.

A highly competitive midfielder who can play either on the inside or outside and has long been spoken of as a top pick.

She’s bolted into the top tier of the draft pecking order on the back of a stunning year of footy with under-18 sides Geelong Falcons and Vic Country and Geelong’s VFLW team. So, what’s so special about the winger called Nina? 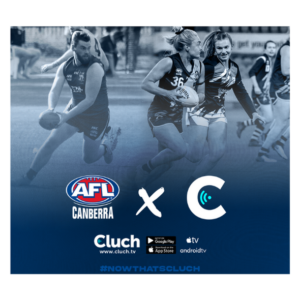 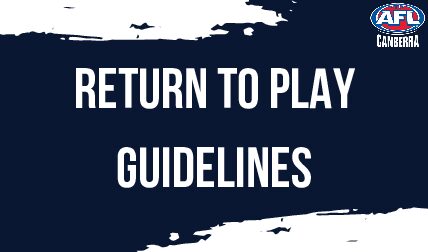